Wing Chun, originally known as Wing Chun Kuen, is a form of self-defense. It has its origins in South China’s Kung Fu and uses quick actions to defeat the opponents.

However, there has long been a debate on its effectiveness in the Mixed Martial Arts form. Many enjoy it, while some don’t. Some find it useful, whereas others don’t.

Although, what’s the truth about Wing Chun?

Let’s know more about this self-defense style. The pros, cons, anything, and everything related to Wing Chun. To know more, read on!

What is Wing Chun?

It is a popular self-defense art, spread across the world by legends like Bruce Lee and Jackie Chan. Jackie Chan still uses its concepts.

Yip Man, a Wing Chun Master, taught it in China and Hong Kong. He introduced it to the public.

What are the Concepts and Principles of Wing Chun?

Wing Chun was designed to protect oneself from immediate and dangerous attacks. Some essential and forming concepts of Wing Chun include:

Taught to be used through structure and positioning instead of force. People who practice Wing Chun need to be sensitive and very observant.

They need to be less dependent on outward features like vision and instead depend on their own innate senses to understand when an opponent may attack.

However, the question remains, How effective is Wing Chun for MMA? Let’s discuss its strengths.

Forms of Wing Chun in MMA

Like Mixed Martial Arts, Wing Chun is about reflex responses and protecting yourself fiercely. Here are 3 of its key forms in mixed martial arts. 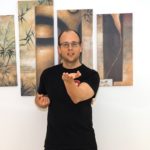 Also known as “Little Idea,” this is the first form taught to its practitioners.

It helps in building leg muscles, and, generally, it’s the first step in teaching students the concepts of Wing Chun. Also known as Sil Lim Tao and Siu Lim Tao.

It is the fourth form taught in Wing Chun. 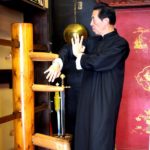 In this technique, a wooden striking dummy is used for training. It is effective in building overall body coordination. 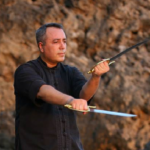 Advantages of Wing Chun in MMA

Wing Chun has divided popularity. Let’s understand some reasons behind this vast contrast between opinions.

Wing Chun’s is designed to give you quick motions and make them more direct. You can use this attack motion to enhance your strength.

This motion can help you create your stance further by using the necessary follow-up actions, even if your offense fails. Then you have to revert your action rather than using other motions to rectify it.

Disadvantages of Wing Chun in MMA

Wing Chun is not quite popular today because of certain reasons. To know more, read on!

You can use Wing Chun to your benefit and capture your opponent’s hands. This trapping/hooking of the hand gives you a bonus for future attacks.

If you learn this, it will be very helpful in the sport as it helps you control your opponent’s grips.

Wing Chun can be impractical against sports persons, especially athletes. One of its major criticisms is its old-school method.

It might sound great in theory, but it is not as effective in practical usage. MMA includes different martial arts, which can be more gruesome and violent than Wing Chun. This sport may not teach how to combat those attacks effectively.

You can apply Wing Chun in Mixed Martial Arts.

Asbel Cancio is the only Wing Chun Master to have fought in the Ultimate Fighting Championship — UFC.

However, this happened in the 1990s when times were different.

No one else has been a master of Wing Chun and used it to their advantage.

There have been doubts raised against the danger of Wing Chun. It is said that it may be very dangerous for Mixed Martial Arts. To know more, read on!

How Dangerous is Wing Chun in MMA?

There may be advantages associated with Wing Chun; however, it does not mean that it is not dangerous.

Legendary fighters like Stephen Thompson and Quinton Ramone “Rampage” have called for its complete ban owing to some techniques used.

So why did such renowned fighters push for its ban?

Originally, Wing Chun was designed to defeat the opponent. Instead, it is now used to score more in sports competitions.

It can badly damage your face and torso, which is not allowed in Mixed Martial Arts.

However, if the actual techniques and postures of Wing Chun are applied in Mixed Martial Arts, it can be very harmful and might even end careers. One has to be careful in applying its techniques, as many of them are not allowed.

Although it’s unfair to regard it as the sole dangerous martial art. Several other similar Arts are equally dangerous. For instance, Pekiti Tirsia Kali of the Philippines. It’s a significant form of self-defense but not as great to be used in sports competitions in the Mixed Martial Arts.

Currently, there are several ongoing debates about Wing Chun and its usage in Mixed Martial Arts. One of them is what techniques should be allowed and which ones to be avoided. Some might cause serious injury, while others are insufficient for protection.

The real form of Wing Chun is great, but not for Mixed Martial Arts. So, can some of the styles be used in MMA?

It will surprise you to know it is already being done by some fighters in MMA! To know more about them, read further.

Who all Use Wing Chun in MMA?

Various elements of Wing Chun are used by many sportspersons in the Mixed Martial Arts. You can use it in your attacks; it will add to your vigor.

For instance, the hand hooking and trapping techniques are extremely popular amongst MMA artists.

However, the distinction may not always be clear since Muay Thai, another type of Martial Art, uses the Elbow Strike effect, and it’s hard to say about its origins in the Mixed Martial Arts.

Let’s look at some of the biggest legendary stars of MMA, who use Wing Chun styles in their techniques and structures.

Anderson de Silva is a Mixed Martial Arts fighter. He is a Brazilian-American and is the winner of the previous Ultimate Fighting Championship Middleweight Champion. Silva holds the record for the longest title reign tenure in the Ultimate Fighting Championship history for around 2,500 days. He uses the techniques of Wing Chun in his combat regimen and is especially fond of the Wooden Dummy to practice. 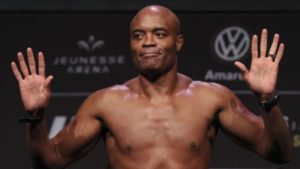 He is a popular fan of martial artists like Bruce Lee. He has studied Wing Chun with Inosanto. He uses its techniques, especially trapping, regularly in his daily routine of Mixed Martial Arts.

One of the most defining features and strikes is the straight punch. It is difficult to imitate and thus, used. Anderson Silva used this to his advantage and has knocked off many opponents.

Silva also knows how to well use the Motion, using his highly fluid hands, trapping in, and defeating.

In his fights against Nick Diaz and Micheal Bisping, he has used various techniques of Wing Chun, Tan Gerk and Bong Sao, respectively, for his opponents.

Tony Ferguson is a great MMA fighter, and he fights in the UFC. Previously, he has been a UFC Lightweight Champion. Many of his videos show him training with the challenging ‘Mu ren Zhuang,’ or the more popular one, the Wing Chun Wooden Dummy. 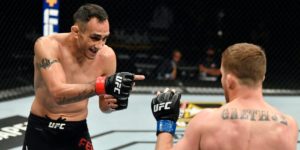 Joe Rogan, an Ultimate Fighting Championship, has made fun of Wing Chun for its inability to work. However, after he watched Fergusson using Wing Chun techniques, his opinion changed. And he said that it works.

Although, how is Tony able to do it?

Tony uses elements of Wing Chun, such as the hand trapping and forward pressure techniques. These have helped him to be a better Mixed Martial Arts sports person.

Namely, he has used the Chi Sao technique of Wing Chun against Anthony Pettis in his fight.

Jon Jones is an American Mixed Martial Arts artist. He has won the Ultimate Fighting Championship — Light Heavyweight Champion twice. He is considered as one of the greatest UFC fighters of all time. 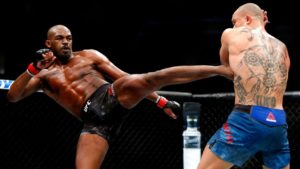 Jones is renowned worldwide for his oblique kick also known as the knee stomp kick. However, this is extremely powerful as it can tear and break your knee joint.

This is effective in Mixed Martial Arts as it frightens the opponent, and he maintains a distance from you. He won’t be able to grapple you. This can harm his knee, making him lose his body’s balance.

These knee kicks are dangerous, as it’s very challenging to predict them earlier. Most of the opponents will either see your shoulder or torso’s movement to get a chance to know the knee stomp, but it is not of much use.

How to Learn Wing Chun Effectively?

After reading the benefits of Wing Chun, try it for yourself. However, you need constant dedication and commitment to learn it properly. If you want to start somewhere, here are a few recommendations to learn this martial art:

Once you’ve learned the basics, try to take more commitment and start practicing with zeal, vigor, and enthusiasm.

However, is it effective?

Its usage by above sports persons is proof enough that Wing Chun techniques help in MMA.

Legends like Jon Jones and Anderson Silva use elements of Wing Chun and have been big stars in Mixed Martial Arts.

You need to know when and where to incorporate such techniques to your benefit in MMA. Only Wing Chun is not enough. But adding it to your MMA style can change your strategy and approach towards it.

As discussed above, we can conclude that using techniques of Wing Chun in Mixed Martial Arts will surely help you.