When it comes to sports, certain sportspersons never fail to inspire us. No matter what sport it is, there are always a bunch of players inspiring different generations. And when we talk about MMA, one such inspiration is Fallon Fox. Whether you are an ardent MMA fan or following it casually, we’re sure you must have come across this name. Fox has no exceptional win-loss ratio or any extraordinary title. But despite this, she is famous in the world of MMA. Let’s find out more about this amazing, inspiring, and exceptional MMA fighter.

What makes Fallon Fox one of the Bravest MMA Fighters?

2013 was the year when Fox came out publicly as a transgender. 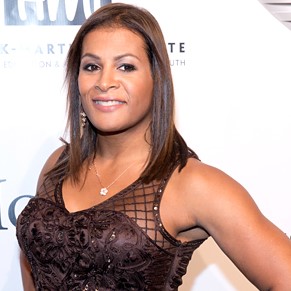 While she was already a crowd favourite, somehow, her fans and people around the world find it difficult to come to terms with her orientation. She was a target of immense hatred–something that the world of sports had never witnessed before.

Coming out to the public was immensely challenging for her. Later Fox admitted that she was ‘forced’ to reveal her orientation to the public. She was threatened by a third party, who got an inkling of her gender preference due to which she chose to come out in public herself.

Adding to this were her numerous injuries due to which she had to ultimately withdraw from the sport. Fox disappeared from public view and withdrew into her shell as she worked toward getting a degree and simultaneously healing her body from injuries. But her comeback wasn’t easy either—she was given a cold shoulder by popular clubs and also written off by the media—to the extent of painting her as a criminal assailant.

Despite all this, Fox kept her eyes on her dream to be an excellent MMA fighter. Her courage to accept her sexual orientation publicly, with the knowledge of how it will affect her career, was definitely inspiring to many sportspersons across the world.

Life for Fallon wasn’t easy—even after she underwent sex reassignment surgery and other related surgeries such as breast augmentation and hair transplant. The question of her licensing came up, and many commentators brought up the issue of whether a woman who has been assigned male at birth should be able to fight in the women’s divisions of MMA. Ultimately, she was licensed to fight in the women’s division—but yet again; she was subjected to a number of spiteful comments.

“She is not really a ‘she’, she is a transgender, post-op person. Post-op surgery does not change your bone density. A man’s hands and a woman’s hands are  built differently.”

“If you go through puberty as a ‘man’ it’s not something you can reverse, there is no reverse button on that.”

While these were some of the harsh comments Fox received, she also had the support of a few. CFA co-founder Jorge De La Noval stood by her even when she faced controversy around the licensing procedure. He issued a public statement stating that the organization will not turn their backs on Fox, and as long as she is licensed, she would always be welcome in their promotion. He offered her complete support, too.

One of the turning points in Fallon Fox’s career is her last professional fight in September 2014. This bout was against Tamikka Brents and while Fox won the bout, the consequences were drastic—Brents was left concussed, with a fracture in the orbital bone. She required seven staples in her head. Tamikka’s comments after the fight gained spotlights too—she mentioned that while she has fought many women in her career, Fallon Fox was different – she had never felt so overpowered in her life. She emphasized the fact that while she could move around the clinch of other females, she couldn’t move at all in Fox’s clinch. She said the boat took her back as she is an abnormally powerful female in her own right too.

Are Transgenders at a Disadvantage in MMA?

The whole Fallon Fox episode brought the focus on the issues—are transgenders at a disadvantage in MMA? Or are they at an advantage as compared to their female counterparts? Is it fair to pitch post-op transgenders against female fighters?

Well, here are the facts—transgender fighters have advantages such as a higher bone density, an increased ability to generate power and larger and stronger limbs. But is it fair to list down these as advantages? Especially in a sport where fighters routinely face the stronger, larger opponent. Regardless of post-operative hormonal and physical changes, whether transgenders are at an advantage is really complex to conclude.

From Fallon’s perspective, she was actually at a disadvantage in the MMA competition against women. She stated that her hormonal therapies left her with lower testosterone levels as compared to female competitors, too.

Are there any Female-to-Male Transgender Fighters? 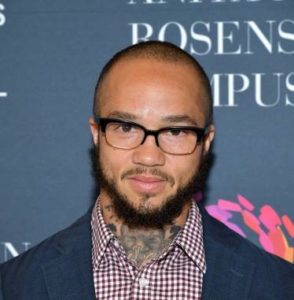 Considering the controversy around Fallon Fox, other MMA fighters have hesitated to openly come out with their sexual orientation. Apart from Fallon Fox, Patricio Manuel was another female-to-male transgender fighter. He was a five-time USA female national amateur boxing champion. His last fight as a female was in 2012 against Tiara Brown. In 2016  he transitioned and then competed in his first amateur men’s fight against Adan Ochoa.

He won this bout by unanimous decision and then further went on to make his professional debut in December 2018. He won this fight too. The interesting thing to note here is the fact that Manuel never faced the harsh criticism and backlash as Fallon Fox did. Instead, he has recently become the brand ambassador for a popular sports brand.

This is one question that immediately comes to our minds—is Fallon Fox still active in the world of MMA? For all the controversy she was exposed to, there hasn’t been an openly transgender athlete to compete in high-level MMA competitions. Fallon Fox has now retired and currently lives in Chicago and is a very vocal transgender activist.

She’s now 45 and although she was never close to competing at the UFC level, she is making the most of her life and has dedicated it to activism. You can also look her up on Twitter and Instagram—but you won’t really find any martial arts-related posts out there.

But here’s some exciting news—a biopic chronicling the life of Fallon Fox is in the pipeline. Produced by Mark Gordon Pictures, thsis biopic is being written by T Cooper and Allison Glock-Cooper. Fallon’s story has no shortfall of twists, turns, hardships and inspiration and it is the perfect story to be converted into a movie.

Fallon herself is very excited about the biopic and feels that this is the right time to shed light on the plight of trans athletes in sports. She also states that she has had a great time bringing her story to life with the help of the writers and producers.

What is the Future for Transgender Fighters in MMA?

This question is no longer restricted to MMA alone. It is now very much applicable to the world of sports and to different walks of life. Somehow, the switch in gender becomes a lot more relevant to sports, as the aspect of who is at an advantage is still left ambiguous.

Licensing transgender players to play as per their changed gender could have potentially negative consequences. While there have been exceptional female fighters in MMA, fights across genders are still questionable. So will MMA fighters really accept transgender athletes? Even If the MMA world accepts the players, it would surely be surrounded by controversy – just like Fallon Fox.