Martial Arts are traditional ways of codified systems, practiced across the world for various reasons such as discipline, enhancing skills, and self-defense.

There are over 170 types of Martial Arts worldwide. Although primarily designed for self-protection, some forms were designed to kill.

Have you ever wondered which Martial Arts are the deadliest in the world? To find out, read further.

What is a Deadly Martial Art?

A deadly martial art is a combat system having no use of weapons and yet can prove fatal to the opponent.

It is generally treated as non-sport and is used as a part of police or military training, like in the US Corps and the Israeli Army.

NOTE: The rankings are no sign of the effectiveness of a form of Martial Arts, and numbered randomly, including all the 12 Deadly Martial Arts of the world.

When speaking of weapon-based fighting, Eskrima is one of the lethal MA out there. It is the national martial art of the Philippines, and is also known as Arnis, Escrima, or Kali. 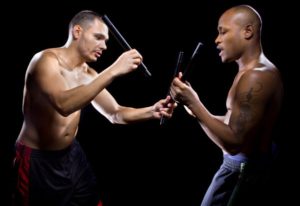 You need a stick/cane to practice Eskrima, which is made of rattan and is very light. Besides, it also uses bladed sticks, knives, and improvised weapons for combat.

Some principles associated with this martial art are Drilling, Vision, Speed, Right Positioning, and Relaxation. It can be super deadly as it primarily focuses on using weapons leaving no chance to harm the opponent in a gruesome manner.

One of the notable figures associated with this Fillipino martial art is Sonny Umpad.

Mas Oyama, a Japanese master, founded Kyokushin in 1964. Kyokushin is a full-contact karate that focuses on stand-up fighting. 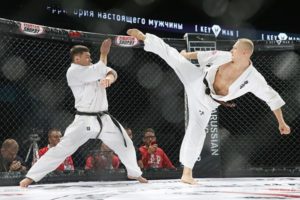 It’s mostly known for its Tameshiwari technique that involves breaking objects using honed skills. To learn it, the Kyokushin practitioners practice in harsh and arduous conditions and work on pain resistance and toughness.
A skilled Kyokushin martial artist can break a pile of bricks, woods or any such objects with merely a single bare-knuckle strike. Just imagine how deadly it can be if your ribs or head is hit by the same blow!

Karate is the most recent form of Martial Arts that has gained immense popularity in the last few years. It originated in Japan. 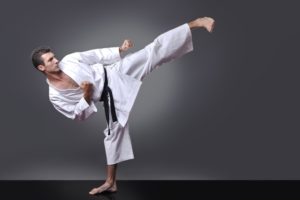 It gives equal importance and priority to all parts of the body, unlike other martial arts.

Karate is a striking Martial Art that uses various strikes like punching, throws, kicking, and elbow strikes to defeat the opponent.
Its most popular Kata Bunkai technique targets a combination of pressure points at once to have a vigor effect. For example, using the involved tactics, the fighter can severely damage the rib-cage, neck and jaw, all at once. The very idea of Karate revolves around ‘one strike, one kill’.

The basic Kihon technique involves blocking the attacker’s grip and punching upwards seriously damaging his neck. If done properly, it can even kill the opponent.

The Karate Kid movie series has been monumental in promoting Karate in the North American continent. Bruce Lee is the greatest Karate Artist.

This is again, not a quintessential martial art, but a way of life in North America, especially amongst the Marine Corps. 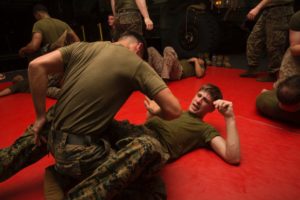 To learn more hand techniques, they are taught this art as soon as they join the organization.

MCMAP is super effective in defeating the opponents in a quick, real-time method, created by the US Marine Corps for their soldiers. It’s compulsory for marines to learn it.

It is so deadly and effective that it is said that a marine can severely injure someone with his hands alone. It has been inspired by elements of boxing, kickboxing, Jiu-Jitsu, and wrestling.

There are five belt levels in it, ranging from tan to black.

Krav Maga is a non-sport system of protection and self-defense quite popular around the world. It was first used in Israeli forces like the security and army. 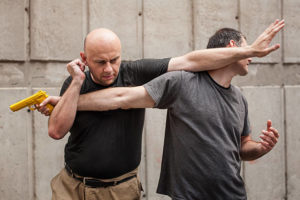 It doesn’t concern itself with the opponent’s well-being.

It incorporates different elements from a combination of sports and self-defense practices like boxing, karate, judo, and wrestling. It enables the fighter to respond instinctively under stressed situations and is quite effective in doing so.

Owing to its military background, Krav Maga uses lethal techniques to encounter all kinds of danger.
It primarily involves striking and grappling, attacking and defending simultaneously, and focussing on essential power and pressure points in the body.

Although it is designed to use any objects at hand to hit the opponents, its techniques are immensely effective irrespective of the fighter’s size and strength.

Believed to have originated in Malaysia, Silat is reputed as a violent and deadly martial art throughout the world.

It is believed to be an amalgamation of the martial arts of India and China.

It’s all about violence and manipulating the weakness of your opponents. This gives you an upper edge, even if violent means are used to achieve it. Also, Silat is very effective while fighting multiple attackers at once.

It is based upon coordination, speed, and attacking the essential pressure points in the body.
One of the takedowns of Silat involves hitting the attacker’s forearm, aiming to break the bone. Then, locking on to the opponent’s shoulder, tearing the ligaments while pulling him down and dislocating the joint in the process. Further, rapidly taking the opponent to the ground to grab his neck resulting in a dual-purpose chokehold that may lead to the opponent’s death.
Iko Uwais is its practitioner and has popularised it in Hollywood through his action movies.

It’s named Silat because of the collective terminology for martial arts incorporated from different parts of SouthEast Asia. They practice it in Thailand, Indonesia, and Malaysia.

Wing Chun, originally known as Wing Chun Kuen, is a form of self-defense. It has its origins in South China Kung Fu and involves quick actions to defeat your opponents. 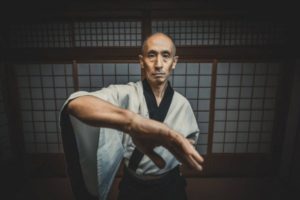 Some essential concepts of Wing Chun include attacking and protecting yourself simultaneously, reflexive responses, and controlling from the centerline.

Although not considered fatal enough, Wing Chun is way more deadly than presumed!

It uses aggressive techniques to incapacitate the opponents. The hand strikes focus on damaging the throat or eyes. Whereas, a combination of moves targets the back of the head, fingers, groin, primarily.

Ip Man is one of the legendary figures known for popularising Wing Chun. Further, his most notable student Bruce Lee introduced it to the mainstream.

Popularly known as ‘Thai Boxing’ and ‘the science of 8 limbs, Muay Thai is an extremely dangerous sport. It involves extensive usage of the arms and legs, including all the 8 limbs of the body arm. 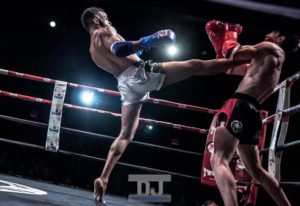 Samart Payakaroon is considered as the legend of Muay Thai world.

This martial art involves powerful arm and knee focus, which is why opponents can be injured in a gruesome manner. It uses fists, knees, elbows, and feet.

Similar to taekwondo it gives importance to footwork. However, arm movements are equally significant. This gives the artist a two-way advantage of great foot and arm work. In fact, it is so dangerous that people have succumbed to injuries.
In 2014, Dennis Munson Jr., an amateur kickboxer, died of multiple blows to the head and torso in his debut fight.

As the name BJJ implies, this was founded in Brazil. It is a highly deadly art, used for self-protection and defense. It is very effective, even against the best practitioners of martial arts across the globe. 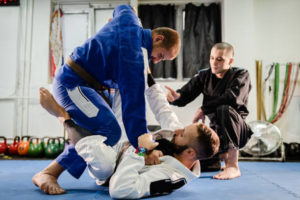 It involves grappling and is focused on ground fighting. The idea is to gain a dominant position, where the opponent is choked to surrender. It uses joint locks and force, which can cause severe injuries.

Rear naked choke is its deadliest move, it cuts off blood to the brain. In this move, the opponent’s neck is choked by one of your arms, and through the other arm you lock that choke in.

Royce Gracie is a popular artist of this form, and he has won Ultimate Fighting Championship 1, 2, and 4, owing to his rigorous training in this deadly form.

Known by different names such as Taekwon Do or Tae Kwon Do, it is a popular and powerful martial art. It has its origins in Korea. 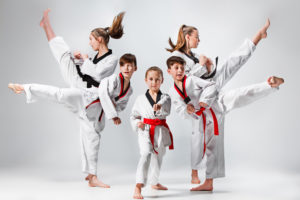 Along with physical fighting skills, it also disciplines your mind and body. It includes a lot of footwork, especially in coordination with the entire body — against the opponent.

The techniques used in it are very harmful, especially the punches and foot kicks are very dangerous.

Knifehand strike is quite a deadly move, where you can injure the neck or trachea of the opponent.

John Rhee popularised it in America. He is known as its Father in America. If you practice taekwondo with powerful kicks, which are difficult to imitate, it can leave your opponent severely injured.

Is Wrestling as deadly as you think? Yes, it is! It is one of the oldest Martial Arts in the world and is an excellent form of self-defense. 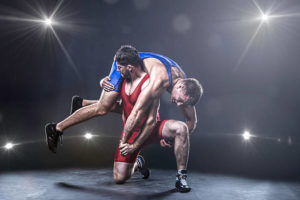 Piledriver is the scariest and deadliest move in wrestling. In this, the wrestler catches hold of the opponent, smashes them upside down, dropping them in a sitting or kneeling position. All of this happens while you drive the opponent head-first into the mat. This technique is used by professional wrestlers and is said to be innovated by Wild Bill Logson.

Moonsault is another deadly move. In it the wrestler backflips from the ropes and lands on the opponent. It is even more dangerous than it sounds. A similar move is Stun Gun where you grab the opponent running towards you in a position such that you fall back, draping their neck with ropes.

Some of the most popular Wrestlers are Chris Benoit and Ricky Steamboat.

Bodhidharma founded Kung Fu. This art subsumes many self-defense techniques and together they are called Kung Fu or Wushu or Kuosho. 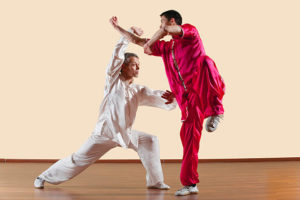 These styles of practice have developed over time for hundreds and thousands of years in China. Different styles of fighting have unique traits and characteristics. Their respective “families” of martial arts can differentiate these.

Kung Fu is deadly as it uses immense power to strike the enemy. These strikes are quite impactful and are made at a good speed.

Irrespective of their origins and popularity, it is not easy to rank one of them as the deadliest. All the above-discussed forms make use of some of the other fatal techniques.

Regardless, if you are new to any of these forms, then you should practice the deadly techniques only under expert supervision. And if you are an expert of these techniques, then, needless to say, you should use them only in extreme emergencies.

Martial Art beautifully syncs your body and mind, it prepares you for the greatest unseen battles of life. So, “Take things as they are. Punch when you have to punch. Kick when you have to kick.” — Bruce Lee