Training with the right academies is the key to success for any MMA fighter. A world-class MMA gym with professional trainers can turn a trainee into a successful fighter.

At the end of the day, an MMA artist must compete alone in the fighting ring. But they will need an entire team behind them to support their every move and ensure that they are successful in the fight or the tournament.

Most MMA gyms have former and current champions as trainers, allowing students to train under the best people. The best MMA gyms also have world-class fighters among them, creating a competition-like atmosphere, which drives the trainees to success.

This article lists some of the best MMA gyms in the world and how these academies stand out among their competitors. The gyms have also produced some of the renowned champions in the MMA world.

Jackson Wink MMA is counted among the top MMA gyms across the world and has featured in several MMA magazines. Based out of Albuquerque, New Mexico, Jackson Wink Academy was and is still home to some of the elite-level fighters. 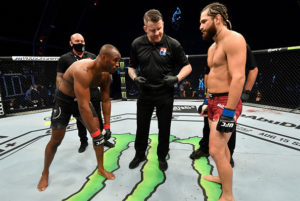 In 2000, Jackson officially launched the Jackson Wink MMA academy. In 2007, he teamed up with martial artist Mike Winkeljohn to take the academy to newer heights.

The success story of Jackson Wink started in 2005 when American MMA artist Diego Sanchez became the first trainee to win a championship fight. Sanchez won the first Ultimate Fighter in 2005. Since then, there has been no looking back for the Jackson Wink MMA Academy.

The American KickBoxing or AKA is one of the pioneering academies to introduce MMA to the US. Today the AKA is considered one of the best professional MMA training institutes of the world. 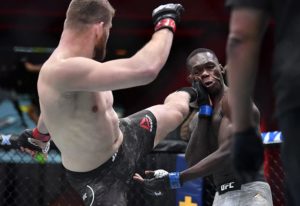 Javier Mendez founded AKA in San Jose, California, in 1985. In 2014, AKA opened another branch in Phuket, Thailand. Mendez is a former world champion kickboxer. He used his professional experience to create an excellent training platform for deserving students.

The academy trains its students in multiple martial art disciplines such as Muay Thai, Brazilian Jiu-Jitsu, Boxing, Kickboxing, and wrestling. World-class trainers such as Leandro Vieira, Derek Yuen, and Andy Fogg, have brought fame and laurels to this training academy, making it one of the best MMA gyms in the world.

Some of the champions to train in this academy include lightweight champion, Khabib Nurmagomedov; double champion and member of the Hall of Fame, Daniel Cormier; ex-heavyweight champ, Cain Velasquez; and former middleweight champion, Luke Rockhold.

AKA is also home to Kickboxing champion, Travis Johnson; Boxing Champions, Ricardo Cortes and Matt Jannazzo; and wrestling champions, Khadzhimurat Gatsalov and Jamill Kelly. The gym has also won MMA Gym of the year twice — once in 2015 (MMA Junkie) and 2018 (Combat Press).

City Kickboxing, based out of Auckland, New Zealand, is credited with producing some of the best MMA fighters. Notable among them include UFC champions such as Alex Volkanovski, Israel Adesanya, Kai Kara, Dan Hooker, Shane Young, Brad Riddell, and the new entrant Carlos Uiberg. This MMA gym also has sent its fighters to Bellator and ONE Championship. 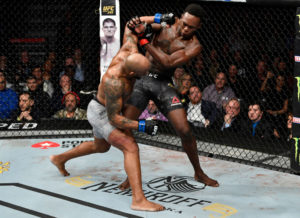 At the helm of this MMA training gym is the amateur MMA kickboxer and fighter, Eugene Bareman. He teamed with Doug Viney, a former boxer, to establish City Kickboxing in Auckland in 2007.

Bareman believes in creating a family-like atmosphere among all his trainees, instilling compassion, which helps mold their character while preparing them to defeat their opponents. While most gyms concentrate on teaching skills quickly, City Kickboxing takes a more far-sighted approach. Trainers work on fundamentals from the very beginning, creating a solid foundation of basics and various techniques. Repeated training is the secret to this gym’s success, according to Bareman.

The gym trains people of all skill levels, from beginners to expert fighters to MMA champions. With a mix of students, the gym creates an environment of inspiration for players at every level to train well with utmost discipline and dedication.

Based out of Singapore, Evolve MMA is counted among the top premier MMA academies in Asia. Evolve was founded by Chatri Sityodtong in 2009. The academy had humble beginnings in a shopping mall in Singapore. 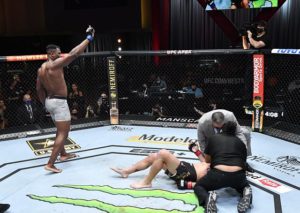 In 2009, Sityodtong opened a full-fledged academy with state-of-the-art facilities, the first of its kind in Asia. This happened at a time when martial arts was still in its infancy in South East Asia. By 2016, Yahoo Sports named Chatri Sityodtong, the Most Powerful Person in Asian MMA.

Soon the academy grew by leaps and bounds. Today this training institution has multiple branches, each adding to the success story. This, coupled with its world-class training facilities, has made the academy among the best in the world. Evolve trains and produces champions in Muay Thai, Boxing, Wrestling, Brazilian Jiu-Jitsu, No-Gi Grappling, etc. Expert trainers brought in from all across the world provide professional training to the students.

Thailand has a rich martial arts history and is the birthplace of the traditional combat sport called Muay Thai or Thai Boxing. Also known as “The Art Of Eight Limbs”, Muay Thai evolved as a form of self-defense and war. 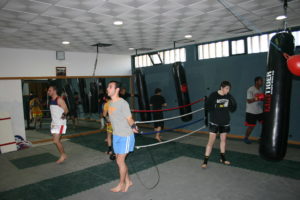 As with most MMA gyms, Tiger Muay Thai had humble beginnings. The facility started as a small gym providing training in Muay Thai. With time, the place grew in popularity. In 2003, Tiger Muay Thai shifted to new and much larger premises. While Muay Thai training continued, other mixed martial arts were added to the repertoire.

Today, the academy provides training in MMA, Brazilian Jiu-Jitsu, Krabi Krabong, May Boran, and Western Boxing, among others. The premises cover nearly 9000 square meters of space and have world-class facilities such as boxing rings, MMA cages, and various fitness equipment. The gym currently operates from three different locations — Chalong, Phuket, San Sai District, Chiang Mai, and a third location at the Chalong beachside. 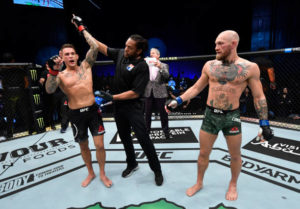 With two of the best trainers leading Nova União, success started quite quickly, with the institution training a slew of Jiu-Jitsu black belts into various competitions and MMA fights.

Nova União won around seven medals in the first Jiu-Jitsu world championship conducted in 1996. The following year saw the academy winning nearly 28 different awards, announcing its entry into the international MMA scene in a big way.

Some of the remarkable fighters to train out of Nova União include BJ Penn, the first non-Brazilian to win a gold in the black belt category at the prestigious World Jiu-Jitsu competition. Other familiar names are José Aldo, former #1 ranked featherweight fighter, and Renan Barao, former UFC Bantamweight champion.

A training academy with a huge international presence, the Straight Blast Gym has 50 branches all over the world covering the USA, Asia, Africa, Europe, and Canada. Matt Thornton founded the first SBG in Portland, Oregon, in 1992. The academy provides training in multiple martial art disciplines such as Brazilian Jiu-Jitsu, Muay Thai, wrestling, boxing, and mixed martial arts. 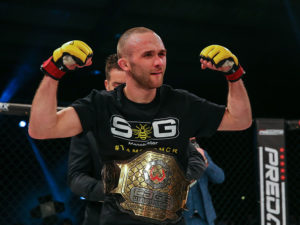 SBG is counted among some of the first training academies to offer cross-training and other martial art forms at a time when the concept of mixed martial arts was starting to get popular around the world.

Thornton, an MMA artist and trainer, started this academy with a vision to provide the right training environment and facilities for students. The major factor that worked in favor of the popularity of this gym is its timing.

The gym launched at a time when international MMA tournaments such as UFC were getting popular. SBG attracted and trained talented MMA artists such as Randy Couture, who became a six-time UFC champion. Other notable fighters who trained in this academy include John Kavanagh, who incidentally went on to helm SBG’s Ireland wing.

SBG Ireland is based out of Dublin and is considered extremely popular for MMA training in Ireland and the world over. The gym has produced some very talented champions such as Tom Egan, Boxing champion Artem Lobov, Brazilian Jiu-Jitsu champion James Gallagher, and UFC Featherweight champion Conor McGregor.

In 2019, SBG Ireland shifted into a new 16000 square feet premises housing state-of-the-art MMA training and fitness equipment. Facilities include a full-sized MMA octagon arena, a boxing ring, bags and weights area, and a community sauna. All these facilities and a team of the best trainers make SBG Ireland one of the best MMA gyms in the world.

Which is the Best MMA Gym in the World?

The answer to this question may not be simple. Each of the gyms listed above provides the best tutors from different parts of the world. Some of the trainers are former and current fighters and champions representing their teams in different fights and exhibition matches.

These MMA gyms are also helmed by men who have prior experience in one or all of the mixed martial arts. With this experience, they know the exact training needs and requirements for each of these martial arts.

The gyms also go above and beyond basic training facilities and provide a host of fitness equipment. As a result, students get to train in their chosen martial art and get to work out on their fitness levels.

Each of the listed gyms is extremely popular in their part of the world and has produced some of the best fighters, who later went on to win various world championships. For this reason, we consider each of these academies one of the best MMA gyms in the world.