Martial Art is an ideal traditional combat practice for an overall development of the mind, body, and soul of your kids!

It induces a sense of belief in oneself and allows a step towards self-defence, physical improvement, or competitions. Kids at school are enrolled in such practices to improve their physical and mental strength.

With the high crime rate witnessed these days, kids by mastering this art can protect themselves from potential harm or in the worst cases save their lives.

Are you confused which Martial Art to choose for your kids? Don’t worry, we are here for you. Yes, there are a plethora of disciplines with different skills and techniques. Read further to know about five popular martial arts for kids, and the stories of their respective world champions. You will understand the philosophy behind them and it will be easier to choose the best for your kids based on the child’s individual preferences and interest!

Judo is a Japanese martial art founded in 1882 by professor Kanō Jigorō, who visualized it as a route to become physically and mentally fit through disciplined training. Judo means a “gentle way” of taking down the opponent to the ground rather than hitting and attacking. 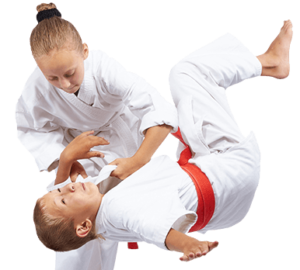 It was made popular on a global level, inspiring thousands of youngsters to practice this technique as a part of their holistic education. It enlightens a sense of flexibility and balance in people applying the technique. For children, it comes loaded with both mental and physical health benefits like enhanced focus along with a boost in self-esteem and self-discipline.

Moreover, it works with a mantra “maximum efficient use of energy,” allowing channelizing the negative energy into the sport in a controlled way. Aggression and violence are a big no for this technique, giving an edge to your kids to learn the art.

It’s the first martial art to receive medal status at Olympics games in 1964. Hence, it was introduced to a global public. Other martial arts like MMA effectively used the standout techniques. These included the grappling technique, widely recognized to safeguard the body from the injuries.

Talking about the pros, Judo brings life to children. It boosts confidence in them to choose their journey, which they will flourish throughout. Besides the health and fitness reasons, the art also evokes a competitive sports spirit within the child to thrive at the International level.

Israeli half-middleweight judoka, Sagi Aharon Muki, started training for judo at four. He began looking for a perfect sport to channelize his overspilling energy and found judo as an absolute fitment. At the age of eight, he made the ultimate decision of choosing judo and committing his professional self to the sport.

Taekwondo was officially acknowledged as an Olympic sport in 2000 and has proven to be one of the favourite martial arts with around 25 million professionals spread across 140 countries. 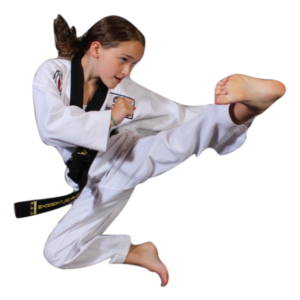 It has positive impacts on personality development and it overpowers negatives like a narrowed aggressive approach. This sport has an edge because of its advanced learning to contribute to children’s character development and well-being. It gives a boost to their muscle strength, balance, and flexibility. With a variation in the styles and techniques, their body learns to settle and control itself in different situations.

It is a Korean martial art amalgamated with a mix of styles from Korea, and styles from other neighbouring countries such as karate, Chinese martial arts, and Taekkyeon. It is acclaimed for its high impact kicks and a combination of physical ability and mental strength.

Malaysian ITF World champion, Michelle Lim, started learning and mastering Taekwondo’s skills at six after being encouraged by her father. In 2009 she retired from the sport, the same year she took home her last ITF world championship.

In 2019, after 30 years of sacrifice, dedication and perseverance, she had successfully achieved the target. She had marked a victory over a world championship despite a 10-year break from the sport.

Brazilian Jiu-Jitsu has many learners, students learn this art for protection and respect. It is “a gentle art” which involves overthrowing the attackers and submitting the opponent by just a “Tap”. This is a grappling combat sport with a high level of involvement of core elements, making the opponent submit using limb locks or chokes. 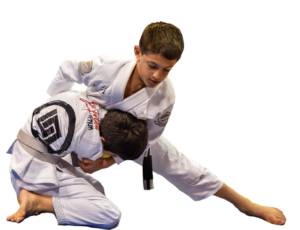 It found its way in MMA through Royce Gracie, who defeated an Ultimate fighting champion by using a BJJ technique. This martial art was developed in feudal Japan and was later practised in Brazil in the 20th century. It teaches us to defend ourselves against the large-sized audience using resistant and proper technique.

Brazilian Jiu-Jitsu is an engaging and entertaining sport for kids to develop patience and problem-solving skills. It allows them to deal with failures and engage themselves with others for building an optimistic personality.

It makes one master the control of the opponent without any aggressive battling. Besides working as a defence mechanism, it de-stresses making one feel more relaxed.

An ultimate Brazilian martial arts champion, Sonya Plavcan, started practising jiu-jitsu at a young age along with a variety of other sports. Her life had taken a turn, and she switched from Muay Thai to jiu-jitsu and progressed tremendously in the sport. She mastered the grappling technique, which qualified her to compete in the men’s division.

She has won all major titles after completing a hip replacement strategy.

Muay Thai is the most popular combat sport in Thailand, which adequately works as a self-defence system for Thai people. This martial art is referred to as “the art of eight limbs,” the pillar of Thai culture.

This is a unique martial art where students are taught to use knees, elbows, throws, sweeps, and the clinch as a part of “the art of eight limbs”. The university offers grants for kids who master the skill of fighting. 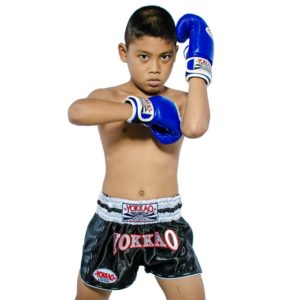 It imbibes kids learning Muay Thai with physical fitness and abilities, making them socially confident. It is proven to be an excellent investment for relieving stress and studying the basics of self-defence. It builds a strong psychological character.

It awakens competitiveness in children, as it follows a ranking system which makes the kids build a goal setup strategy instead of focusing on the pre-set goals.

Surinamese-Dutch super lightweight Muay Thai kickboxer, Sergio Wielzen “Samurai”, switched to Muay Thai and kickboxing at a young age being supported by his parents. He has been an explosive fighter despite his short stature.

A multiple-time world champion has acclaimed titles in its showtime, Lion Fight, and W5. He has marked a spot in the sport by fighting against the best strikers of the era.

Krav Maga is an official self-defence system of the Israel Defense Forces (IDF) also known as “The Art of Staying Alive”.

The art appears to be complex, having its techniques designed by Imi Lichtenfeld. He has made the art look painless and manageable. 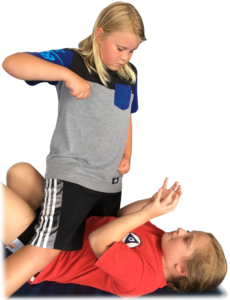 There are no set rules for this sport. It only aims at neutralizing the attacker at the earliest. Unlike other martial art disciplines, one is taught and motivated with all the means to act both defensive and offensive depending on the situation to protect yourself from the harm.

Thousands of parents send their kids to Krav Maga Institutions for mastering the technique. It imbues them with a sense of accomplishment and achievement. They learn to focus and commit to the long-term goals with patience and hard work in all walks of life. At the edge point, like other disciplines, it tops up the child with confidence and self-esteem to be recognised as an individual within a group.

Israeli mixed martial artist, Amir Perets, popularized this self-defence system known as Krav Maga. After training in Muay Thai, he contributed to the law enforcement, military and the world of martial arts. He has taken this martial art to another level by acting as the adjoining figure of Krav Maga.

After touching the depth of each martial art, you now are aware what would suit your child the most. Hence, it is ideal to get your kid enrolled in a suitable martial art which complements his/her interest and skills. This is an ultimate way of scoring the best possible results out of the sport.